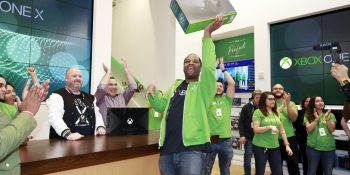 REDMOND, Wash. — Nov. 6, 2017 — The official launch of the world’s most powerful console, Xbox One X, brings a new era of immersive 4K gaming and 4K entertainment to gamers across the globe. With 40 percent more power than any other console, Xbox One X is where console gamers can play the best versions of games. The new console launches with the largest games lineup in Xbox history, with more than 70 Xbox One X Enhanced titles coming in the first week and more than 50 available onRead More 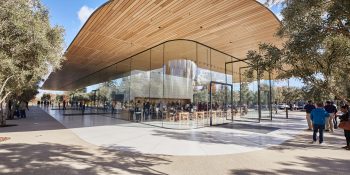 The Apple Park Visitor Center opened in Cupertino Friday, November 17, 2017, welcoming neighbors and guests from surrounding areas to experience Apple Park’s innovations. The Visitor Center is a uniquely designed architectural extension of the new campus with similar aesthetics in staircases, stone walls and terrazzo floors. The Visitor Center’s cantilevered carbon fiber roof appears to float and is only supported by stone clad cores and no other extraneous columns for support. Inviting guests to explore Apple Park in an immersive and engaging way, a 3-D model of the campusRead More